With all the crazy news about many high-profile game engines either dropping their prices or getting rid of them completely (with a royalty catch of course), we want to highlight one new game engine that uses Ogre as its rendering component: Skyline by Aurasoft.

The just entered the public beta stadium and published their new website.

Thanks to your awesome Ogre3D rending solution we can focus on leveraging superb visuals and cannot wait to see what we can do with Ogre V2.0.

Skyline has now been released as a public beta with both a free and retail version. The retail version is fully commercial with no royalties or earning restrictions and is a low cost game development solution. We have a new website and forums complete with an asset store (which still under dev): http://www.chi-ad.com/Skyline/Site/

Below a few screenshots of their editor and some sample scenes. More can be viewed directly on the engine’s website. 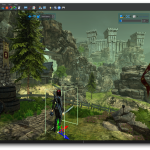 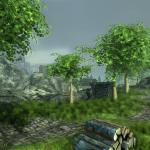 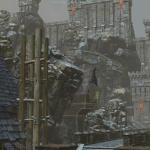 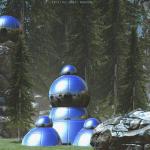 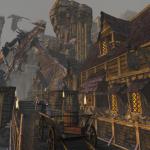 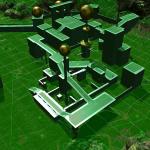 They were also featured some weeks ago in the IGM. Check out the article here.

With this year’s Google Summer of Code already slightly being visible at the horizon it was time for us to get things started again: We are hoping to find a group of capable and motivated students that will help us move Ogre even further. In order to guide this effort, we created a list of potential GSoC projects that we deem most relevant for this year and consider manageable in the given GSoC time frame: GSoC 2015 Project Ideas. There is also a dedicated idea discussion thread that might yield further insights and ideas.

We also collected all the relevant information about how to apply, where to find additional Ogre related information for this year’s GSoC, etc. in this forum thread. Additionally, we have a GSoC wiki section with a dedicated page for this year that we will update as new information becomes available.

We welcome everyone to chime in either with additional ideas or comments regarding potential projects and join the combined efforts to make this one important cornerstone for a successful Ogre year 2015.

On a related note: The so far private Ogre Hlms/AZDO branch will most likely be made publicly available around the end of this week. This of course is needed for the related GSoC idea to be possible. 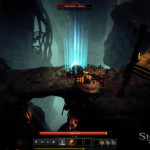 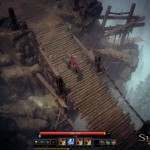 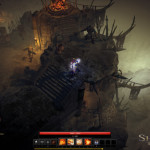 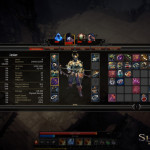 Until the 27th of January you can profit from the introduction promotion (25% off) on Steam. Give it a try!

First off: Happy New Year to everyone!

As the old year starts to slowly fade away in our rear view mirror, we want to look back on what 2014 had in store for Ogre3D and at the same time look ahead what 2015 might bring. So strap in for this ride back to the beginning of last year…

It all started off with one key event early in 2014 when one well-known (at least in Ogre3D circles) Argentinian fellow joined the team: Matias Goldberg. In the last few months he was (and still is) the driving force behind the efforts to develop the revamped Ogre 2.0 version. Without him that would not have been possible in its current form…or more accurately: It would not have been possible…full stop.

The work on Ogre 2.0 was one of the cornerstones in last year’s efforts, but of course the rest of the team was not sitting around idly, but instead focused on Ogre 1.10. The DirectX11 and GL3+ render systems in particular received a lot of attention and will be among the highlights of this upcoming release. More on that later once we arrive back in the present time on our journey through the last 365 days.

Two other notable technical points are the addition of WebGL support to Ogre3D as well as AZDO work:

WebGL / Javascript (Emscripten): From Ogre version 1.10 on, we officially support WebGL. The respective code has already been pushed to the repository. An online demo can be viewed at http://coderabbit.at/webgl/viewer (with an downloadable offline copy being available on our Sourceforge site) and build instruction can be found under the following link: http://coderabbit.at/webgl/viewer/OgreEmscripten.txt.

AZDO: As part of his Ogre 2.0 efforts Matias has been working on optimizing Ogre3D from an AZDO (Almost Zero Driver Overhead) point of view. For now this only covers the GL3+ render system, but will be extended in the future. A dedicated post from Matias will follow, outlining the changes and improvements in more detail.

Of course all that work on the engine itself only makes sense if there is an active community and eco-system actually making use of it. Some projects to showcase are listed below:

So all in all it was another pretty good year for Ogre3D, but we got quite a few things to optimize and change for 2015…and that is where we are back in the present and “put the pedal to the metal” to jump-start into 2015 and all we have planned for it:

One of the first things we want to finish is the go-live of the new Ogre3D website we have planned. This basically entails a face-lift and getting rid of the slightly annoying ad banners. So stay tuned for that.

Another major step will be the release of two new Ogre versions, namely Ogre 1.10 as well as the first Ogre 2.0 CTP (Community Technology Preview). Once we have set the final dates we will let you know via a blog post as well as where to find further details. This especially pertains to Ogre 2.0 for which we want to set up some dedicated sources of information to help with the upcoming transition once 2.x nears its first stable release.

At the same time, the regular development efforts will continue and as always we encourage everyone to chime in wherever possible, by providing feedback and input in the forums, reporting issues on our JIRA tracker and ideally also help solving those by submitting pull-requests for our official source code repository. Additionally, donations are always welcome as well to help managing the infrastructure costs.

This last point nicely leads to another thing we want to tackle this 2015. Go-live of our CI server (Continuous Integration) for automated testing of Ogre3D. Once this is ready to use, we will announce it here as well in a dedicated post.

We of course also hope to participate again in this year’s GSoC after we did not make the cut last year. The preparation for it will begin soon by opening up the discussion in our GSoC forum section regarding interesting potential projects ideas. If you have one, note it down and join in the upcoming idea discussion.

Lastly, we also plan to do another Ogre User Survey to get some insights into the user base along with its priorities and wishes and some information about the usage of our engine in general. As you already guessed: This will also be covered in a dedicated announcement once we survey is open. Prior to it, we will trigger a public discussion in the forums regarding the questions we want to ask. Feel free to join in if you have questions that might be of interested and that you would like to see included in the survey.

That’s about it in terms of what we have planned right now, but as usual we will have to see how things pan out. As usual let us know what you think in the forums…and then let’s get cracking.